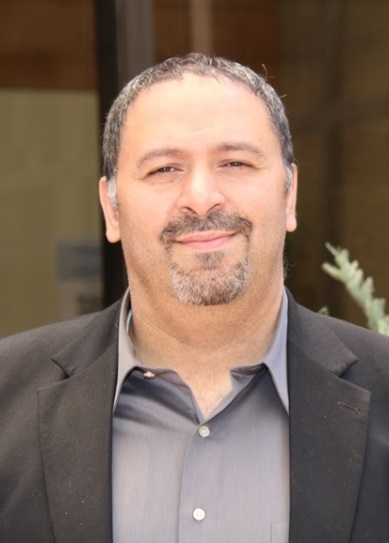 Mr. Ashraf Hamad is a consultant in informatics and technology development that offers services to support the administrative, educational and learning process through all school fields in both schools, Girls School and Boys School.

He is a bilingual educator with an experience that exceeds twenty years as a specialist in Computer Science, an educational coordinator and a trainer in educational development and reformation.
Mr. Ashraf was raised in The United Arab Emirates by educated parents (both are teachers). He grew up in such a rich environment surrounded by teachers and educators which greatly influenced his perception about the importance of education and learning on the future of nations and communities.
He moved to The United States of America, to complete his education immediately after graduating from high school with honors when he was 18 years old, where he proceed with his education at The University of North Carolina in Charlotte City. He earned his B.S. Degree in Computer Science majored in Statistics in 2001.
In his first job he was involved in designing and developing Web Pages in a small company in Charlotte City, North Carolina State. In the following years, he worked as a regional manager in the industrial services field. He moved all over the east coast of The United States to train and lead the company’s employees which constantly fuel his passion for education and learning after every professional learning courses he used to conduct. Throughout his training courses, he has always sought to clarify and join between the most recent developments in technology and the organization’s goals. In addition to that, his training courses have always been motivating and therefore enhancing positive interaction between staff and administration.